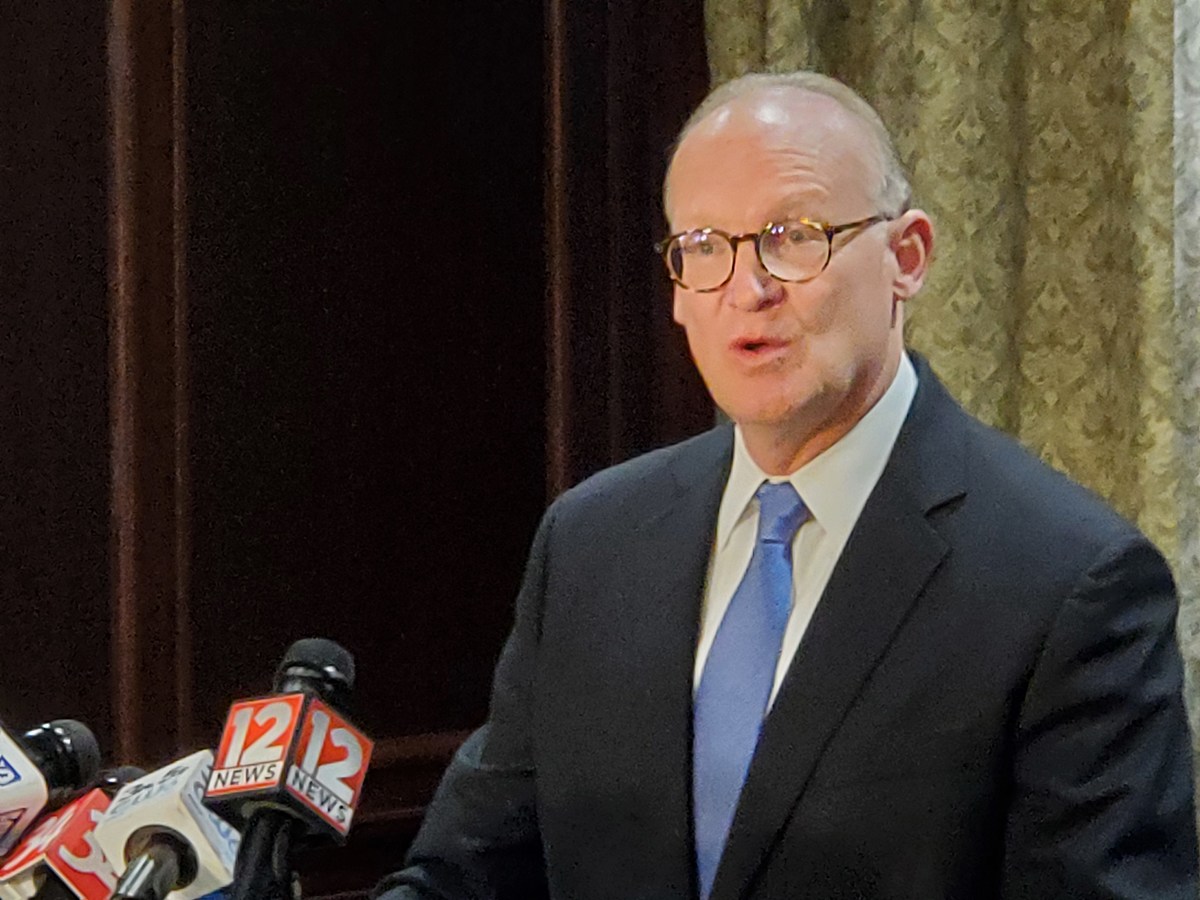 Korchak said Wednesday that Payton Gendron was questioned by state police about a year ago after the Susquehanna Valley High School student made disturbing comments about murder and suicide during an online class. .

Korchak said that although Gendron informed a teacher that his remarks were a joke, state police took the student to Binghamton General Hospital for a psychiatric evaluation.

At a news conference at his Binghamton office, Korchak said Gendron had been evaluated by a mental health professional. The district attorney said “we don’t have details of this report.”

Korchak noted that the student was released to his parents and returned home. He was allowed to participate in graduation ceremonies because “at that time he was not a threat”.

Korchak said police, school officials and mental health professionals “don’t have a crystal ball. They can’t read into the future.” He said they could only assess Gendron based on the information they had at the time.

The district attorney said the case involved a 17-year-old student “who had never been treated for a mental illness to our knowledge.” He said a person can only be detained if they have been found to be “seriously mentally ill”.

Korchak said his office stands ready to provide assistance to Erie County District Attorney John Flynn, who is handling the case against Gendron for the Buffalo murders.

How Much in America: From Guns to Ghost Towns

Can you guess the number of public schools in the United States? Do you have any idea how many billionaires might reside there? Read on to find out, and learn a thing or two about the cultural significance and legacy of each of these selections along the way.

25 real crime scenes: what do they look like today?

Below, find out where 25 of history’s most infamous crimes took place – and what these places are used for today. (If they remained standing.)

WATCH: What major laws were passed in the year you were born?

The data in this list was acquired from reliable online sources and media. Read on to find out which major law was passed the year you were born and find out its name, vote count (if any), and its impact and significance.

WATCH: Here are the 50 best beach towns in America

Every beach town has its share of pros and cons, which got us thinking about what makes a beach town the best in which to live. For the knowledge, Stacker consulted WalletHub data, published on June 17, 2020, which compares American beach towns. The ratings are based on six categories: affordability, weather, safety, economy, education and health, and quality of life. Cities ranged from 10,000 to 150,000 people, but they had to have at least one local beach listed on TripAdvisor. Read it complete methodology here. From this ranking, we’ve selected the top 50. Readers who live in California and Florida won’t be surprised to learn that many of the cities featured here are in one of these two states.

Keep reading to see if your favorite beach town made the cut.