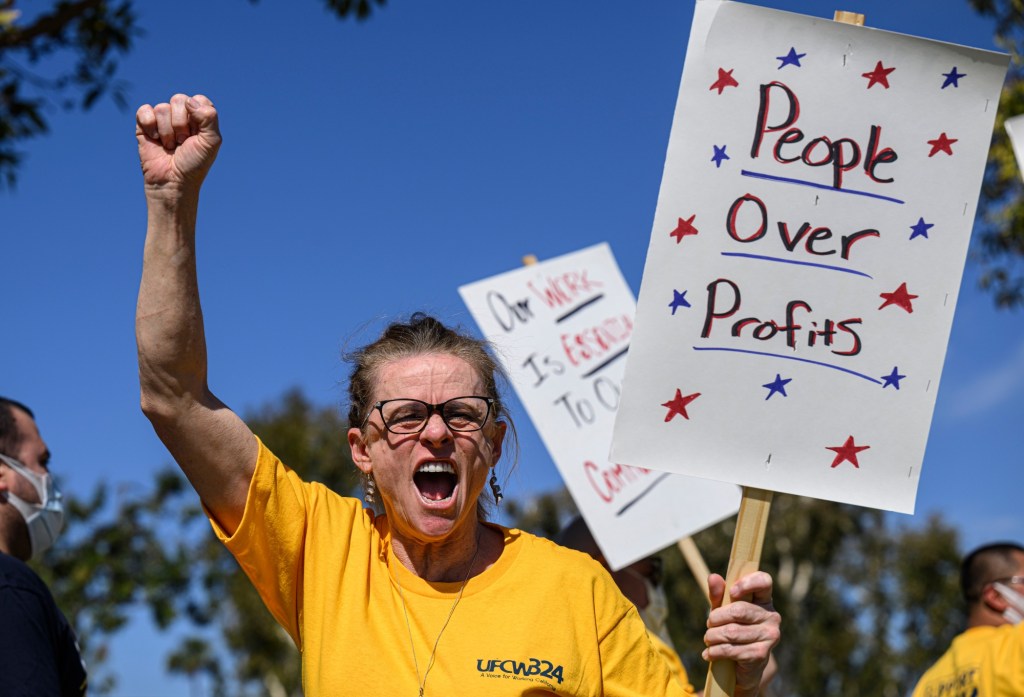 After weeks of fruitless negotiations, some 43,000 Southern California grocers employed by Ralphs, Albertsons, Vons and Pavilions have scheduled strike permission votes that could signal a potential strike at supermarket chains.

The employees, represented by the United Food and Commercial Workers union, had their contracts expire on Sunday March 6. They have scheduled strike votes for the week of March 21.

They did not indicate when a strike might take place.

Employees demand fair wages for essential workers, improved safety and security, increased staffing, and stable and predictable hours. They recently held a series of information pickets to voice their concerns.

Bargaining committees made up of frontline grocery workers and union leaders have presented companies with proposals that would raise wages and improve store conditions to reflect the needs of workers in a pandemic and post-pandemic world.

But union officials say the grocers’ wage proposal equates to a 60-cent-an-hour increase, a hike that would ultimately equate to a pay cut due to inflation.

Ralphs says its average wage for workers, at $18.90 an hour, is above the retail standard.

UFCW Local 770 said it filed unfair labor practice charges with the National Labor Relations Board against Ralphs, Albertsons, Vons and Pavilions for surveilling, intimidating and interfering with employees for engaging in union activities.

UFCW-represented workers at Stater Bros. and Gelson’s are also actively negotiating with their employers. Local 770 also filed unfair labor practice charges against Stater Bros. for circulating polls with questions about bargaining and for delaying negotiations.