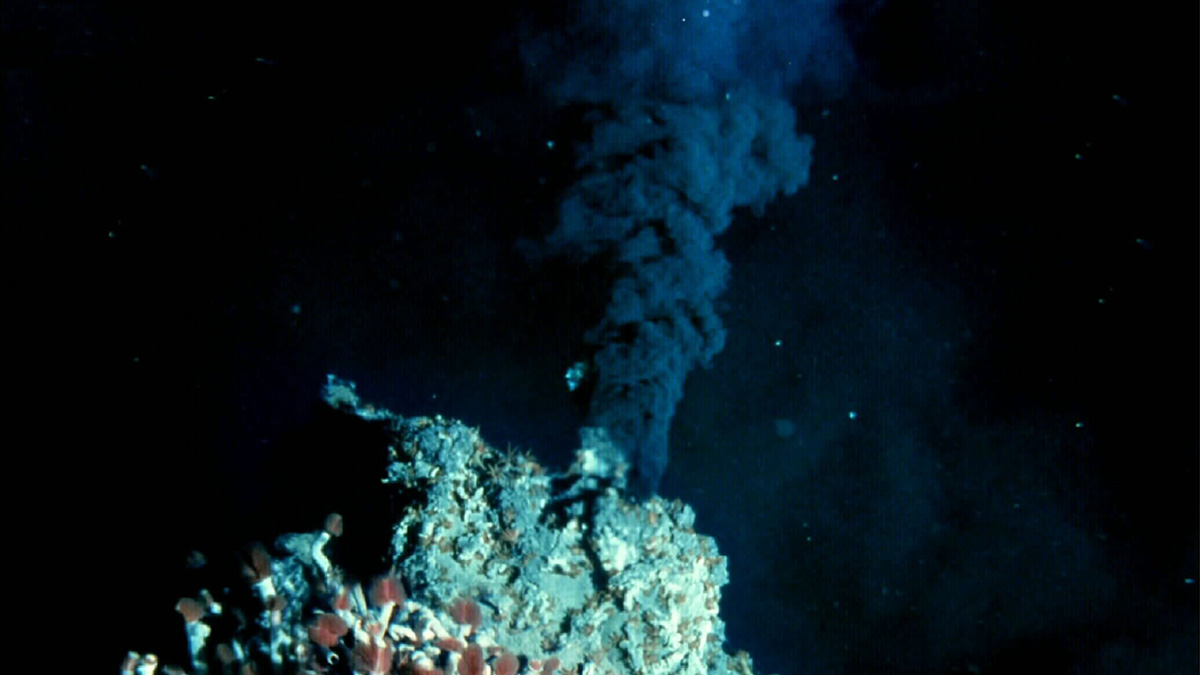 The seabed near a mid-ocean ridge often harbors upwellings hydrothermal fluids deep crust that deposits minerals to the bottom of the ocean. These seafloor massive sulphide deposits offer new sources of copper, zinc, lead, gold and silver. The mineral potential has led the European Union to launch the blue lead project in 2014 with the aim of turning seabed mining into a viable industry.

Two recent and related studies have sought to optimize the detection and exploration of seafloor massive sulphide deposits. Both studies focused on the Transatlantic Geotraverse (TAG) active mound at 26°N on the Mid-Atlantic Ridge. The studies focused on collecting data from hard-to-reach seabed sites and assessing their resource potential.

The first study, by Szitkar et al., used an Autonomous Underwater Vehicle (AUV) to collect passive electrical and magnetic data in the open ocean on active and inactive hydrothermal vent fields. The researchers attached a passive electrical sensor to the Abyss, a German AUV, which measured the disturbance of the ambient electric field caused by chemical reactions occurring between hydrothermal vents and the surrounding seawater. The electrical measurements provided an additional source of evidence for an inherently risky search.

The study found a systematic correlation between electrical and magnetic data in the open ocean; it gave immediate geological identification of active and inactive hydrothermal vents. Additionally, the approach eliminated the need to visually confirm hydrothermal mounds.

The second study, by Galley et al., also used magnetic data but combined it with gravity measurements. The inversion of minimal structure and surface geometry was used to construct 3D models of the TAG active mound. Those reversal methods find models capable of reproducing the measured data.

The modeling results provided a new geological profile of the active hydrothermal mound. Models revealed the outer extent of hydrothermally altered basalt rock below the vent and determined the thickness of the deposit. Additionally, the models mapped the movement of hydrothermal fluid upwelling and where it mixed with seawater. The study estimated the tonnage of the active TAG mound at 2.17 ± 0.44 megatons, which is consistent with previous estimates.

Both studies constitute a significant advance in the identification and characterization of active and inactive hydrothermal mounds on the seafloor. The results direct seabed mining towards cost-effective exploration and evaluation of currently undeveloped mineral resources, with an emphasis on exploiting the hydrothermally inactive deposit to minimize negative environmental impacts. (Journal of Geophysical Research: Solid Earth, https://doi.org/10.1029/2021JB022082 and https://doi.org/10.1029/2021JB0222282021)

Text © 2022. AGU. CC BY-NC-ND 3.0
Unless otherwise stated, images are subject to copyright. Any reuse without the express permission of the copyright holder is prohibited.